The Commission overseeing the process of merging the Hospitaller Order of St John of God  Fatebenefratelli(OH) and the Congregation of the Little Brothers of the Good Shepherd(BGS) held another meeting on 15 and 16 September 2014, in Hamilton (Ontario). Missing from the picture below is Brother Tom Osario given that he participated in the meeting via teleconference.

setting up a Provincial Directorate for the new Province;

charting the lines of action of the new Province during its first four years;

organizing the celebrations to be held on the occasion of the merger on 19 January 2015;

visit to the Little Brothers centres in Toronto.

The process of setting up of the Provincial Directorate is almost complete. The meeting examined the document one last time prior to presenting it for approval by the General Council.

Setting the lines of action to be pursued by the new Province strictly followed the priorities and lines of action laid down by the General Chapter in 2012. In that connection, a rich store of documentation and ideas is being collected, on the basis of which a small working group will draw up an initial proposal to be transmitted via email to all interested parties. The aim is to have a final proposal ready before Christmas so it can enter into force together with the merger on 19 January.

On 16 September, the Commission visited the resource centre for single mothers run by the Little Brothers in Hamilton. Facilities include several supportive housing flats, a crib and a school where young mothers canstudy for their diplomas. The centre has room for 20 mothers and their children and women can stay there for up to two years. An interesting fact is that the centre was recently enlarged through the conversion of a long-disused church in the immediate neighbourhood.

Another centre visited by the commission was the homeless peoples shelter in Toronto, which provides some 700 meals a day plus routine social and health assistance.

As work on the agenda moved forward quickly, Commission members paid an unscheduled visit to the Secretary of The Little Brothers Superior General, Brother Justin Howson (BGS), who was in hospital. She was completely surprised by the arrival of a group of unexpected visitors at her bedside.

As previous encounters, the meeting was held in a deeply fraternal atmosphere. Discussions were frank and constructive. Hospitality extended by the Little Brothers of the Good Shepherd was exceptional as always. 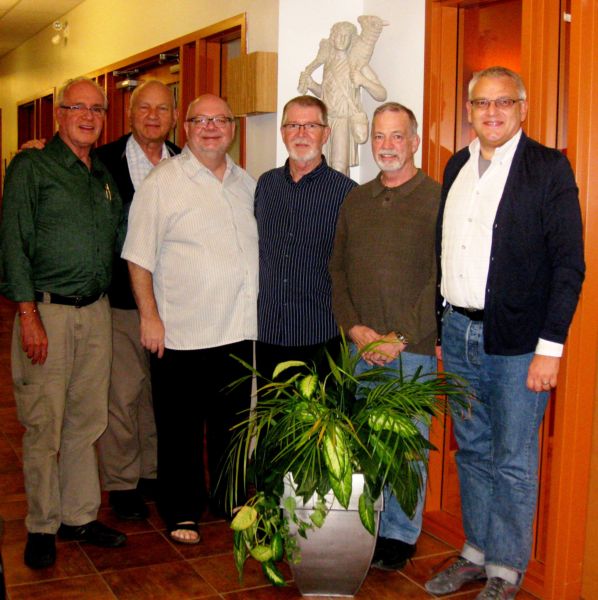