The Provincials of The Good Shepherd, Oceania, Our Lady Queen of Angels and Western Europe Provinces should ask the General Government of the Order to approve a new Inter-Provincial Commission composed of the aforementioned Provinces that will help to reinforce the regional structures in order to share the responsibility of the General Curia and foster collaboration in matters of common interest between the Provinces. (69th General Chapter Action Line 6.4.1.)

Within the context of prayer and discernment we rediscover Brotherhood a sense of belonging. We sensed in our coming together avenues of greater support. In coming together, we bond in a mysterious way, when focusing on things that matter. We discover that we belong to something greater than ourselves.

We found ourselves birthing a new sense of brotherhood that gives us life. In a time and a world of uncertainty, our membership is aging, a time that there are few or no candidates to the Hospitaller Order in our Countries. We see that the old, familiar ways no longer work and do not give life. The Brothers gather gladly embrace and affirmed that West European Oceania North America will be a Sanctuary where Brotherhood can grow and thrive. The notion of Sanctuary became, and underling theme given the children living in prison like facilities along the border of the USA and Mexico.

On the last two days of the gathering California experienced a 6.4 magnitude quake struck at 10:33 a.m. in the Mojave Desert, about 150 miles northeast of Los Angeles, the following evening at about 8:19 p.m. a 7.1 struck again. They were the strongest quakes to hit the region in 20 years. The gathering along with the quakes was a spiritually enriching moment along with a good time in touring the Getty Villa in Malibu and the newly completed Christ Cathedral in Orange County. 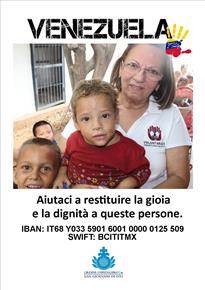