1 May, Feast of St. Richard Pampuri

St. Richard often reminded people: "Do everything, even the most trifling things, with great love." That is exactly what saints do: doing everything with great love, however trifling. Never as in these times, beset by the coronavirus pandemic, have these words sounded so relevant and meaningful. This period of reflection in retreat makes all of us focus on the essentials, and the one thing that is truly important and bound to endure forever: love. The life of our Brother Saint, whose Jubilee Year called by the Bishop of Pavia we are closing today, was run through at all times by this yearning, this unfathomable desire to experience and give love.

Brother Richard was a man endowed with a wealth of human, intellectual and spiritual gifts, which he knew how to develop and place at the service of others. This special care he devoted to the least of his neighbours stemmed from his rare sensitivity and the profound humanity he harboured in his heart  attitudes which were a routine part of his daily life, so much so that some people often took him to be naive and callow. But only the foolish and naive could have thought that! For on the contrary, a Saint is precisely the one puts into practice, with passion, dedication and boundless love, the teachings of our Lord who passed through the world healing and doing good to all men. St. John Paul II, in his homily at his canonisation on 1 November 1989, said: "In a mere thirty-three years, the same age as Christs whom he loved above all things, the life of St Richard Pampuri was all a gift, to God and to his neighour."

Our Hospitaller Family has joyfully joined in with this extraordinary event promoted by the Diocese of Pavia, which has seen such a great spiritual movement of young people, families, professionals, the elderly and the sick, flocking to the tomb of Saint Richard, placing in his hands so many difficulties and sufferings, both physical and moral. On the thirtieth anniversary of his canonisation, the Bishop of Pavia, Mgr Corrado Sanguineti was anxious to offer his Diocese once again the example of a great and self-effacing Brother Riccardo Pampuri: an exemplary young Christian, a model physician of charity and a very successful hospitaller Religious saint.

Erminio Filippo Pampuri, who later took the name of Brother Richard at his Religious Profession, was a physician of bodies and souls. He strove throughout his life to imitate Jesus the Good Samaritan, as he devoted himself to nursing the sick during the First World War from 1915 to 1920. He graduated from the University of Pavia with a first class honours degree in Medicine and Surgery in 1921, and immediately began to practise his profession, especially in Morimondo, as a local authority doctor greatly loved by the people. Giving was one of his hallmarks: he visited the sick anywhere and at all hours, taking them food, medication, blankets, clothing and often money. He joined the Hospitaller Order in Milan on 22 June 1927, after the Novitiate year in Brescia, and on 24 October 1928 he made his Religious profession. He was appointed to run the Dental unit attached to the Fatebenefratelli Hospital in Brescia, which mainly catered for was poor workers and labourers. Here, Brother Richard worked tirelessly to bring them relief with unfailing love, despite his already precarious state of health, attracting the admiration and veneration of the entire population of Brescia.

During his Religious life Brother Riccardo was, as he always had been, a model of Christian perfection and charity for everyone: the Brothers, doctors, the sick and health care staff. He was held in high regard by all for his great professional skills and competence, combined with his humility and simplicity. During his brief earthly existence, Brother Richard succeeded in charting a new path of holiness by putting charity into practice in everyday life. But all too soon, following the recurrence of the pleurisy he had contracted during military service, which  turned into bronchial pneumonia, on 18 April 1930 he was taken from Brescia to Milan, where he died a holy death on 1 May at the age of 33.

After his death, the fame of holiness he had earned in life spread widely throughout Italy, Europe and other continents. Many people obtained recognised graces from God, some miraculous, thanks to his intercession.

St. Richard was beatified by St. John Paul II on 4 October, 1981. On 5 January, 1982 a ten-year-old Spanish boy, Manuel Cifuentes Rodenas, whose left eye had been seriously injured, was inexplicably cured, which was declared miraculous by the Church, thanks to the intercession of the then Blessed Riccardo Pampuri. The boy was due to undergo surgery, but he was cured overnight after his father had placed a holy picture of St Richard the between the bandages. This new recognised miracle led to his canonisation on 1 November 1989 by St. John Paul II. 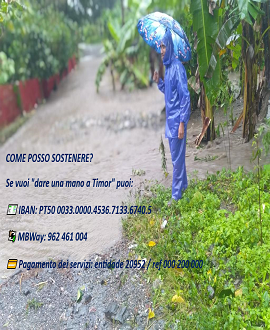