St. John Grande, a Saint so far yet so near

St. John Grande was born at Carmona (Seville, Spain) in 1546. He was a Brother with a 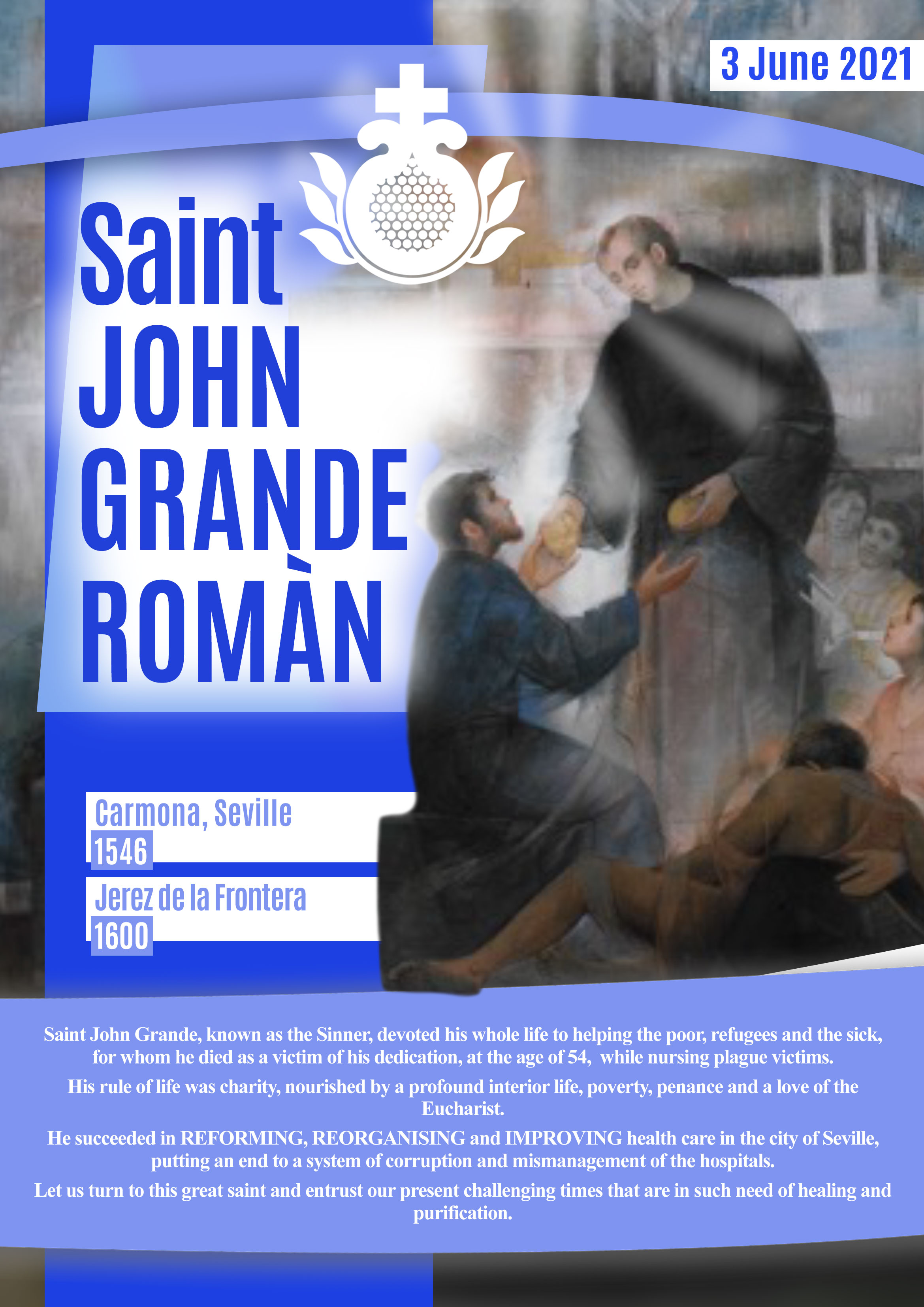 great human and mystical talents, considered to be a pioneer of care by his fellow Brothers, a man of God in whom mysticism and science were in perfect harmony in the simple language of love and charity. He lived in difficult times, when the gap between the poor and the rich was unbridgeable. John Grande had made God the centrepiece of his whole existence. In the first part of his life, we see him living as a hermit, seeking God in prayer and in solitude; a particular hermit, attentive to the signs of the times. His life of prayer and penance never caused him to lose touch with reality by cutting himself off from the world; on the contrary, he saw all the pain, suffering and marginalisation that dominated his world. Only people with a deep spirituality and particular sensitivity are able to grasp the real and existential needs in life. We may think of him as a true mystic of hospitality; every new work of God stems from a mystical view of reality.

John the Sinner, as he called himself, went from his experience as a hermit to taking care of the poor, the sick, prisoners, the most marginalised and the incurable people, in an age of famine, epidemics and so much poverty and misery. Drawing on his deep spirituality, great organisational skills and enterprising abilities, he took on the task of reforming and reorganising health care in Jerez de la Frontera (Cadiz, Spain), adopting a firm stand against abuses of power, and the squandering of alms and donations that had been given for the benefit of hospitals.

He devoted his whole life to the apostolate of charity, to the "management" of his hospitals and in prayer, to the point of dying while still in service at the age of 54, after being infected with the plague as he nursed the sick at Jerez de la Frontera (Spain).

From the General Postulation office