Specialists from the Bambino Gesù Hospital have saved the life of a unborn baby girl with a massive growth in her oral cavity.

A complex EXIT (Ex Uterus Intrapartum Therapy) procedure was successfully performed on 6 July at the St John of God San Pietro Hospital thanks to collaboration between specialists from the Bambino Gesù and the San Pietro Hospitals, to ensure that a baby girl suffering in utero from a massive growth in her oral cavity, which would have jeopardised her chances of survival, could be delivered safely.  The surgery was performed by a mixed group of 8 different teams from the two hospitals of gynaecologists and obstetricians, anaesthesiologists, neonatologists and otolaryngologists, neonatal surgeons and airway surgeons, heart surgeons and an ECMO team, and nurses and technicians specialising in all these fields.

The Diagnosis and Therapeutic Strategy

The baby's condition had been diagnosed after an morphological ultrasound examination in the second quarter of the pregnancy. The growth in her oral cavity would have seriously prevented her from breathing because of the blockage and compression of the upper airways. This condition would have made it very difficult, if not impossible, to perform the urgent tracheal intubation which is essential at birth if a newborn is unable to breathe unaided. In this case, the EXIT procedure was the best strategy to turn what would certainly have been an emergency situation into a controlled intervention that would reduce the high risk of causing life-threatening or neurological damage to the baby.

The EXIT Procedure (an acronym for Ex Uterus Intrapartum Therapy) is performed at birth during a Caesarean section. It is a coordinated intervention during which the foetus/newborn is only partially delivered from the uterus, while remaining attached by the umbilical cord to the placenta in order to leave the utero-placental blood-flow unaffected. This enables the baby to continue receiving oxygen even if not breathing fully as a result of the large obstruction in the oral cavity. Specialists have the time to intervene and secure the infant's airways by calmly performing carefully controlled highly complex manoeuvres .

The procedure at San Pietro

To perform the procedure, the mother must be under specific and deep general anaesthesia to fully relax the muscles of the uterus for a prolonged period to avoid detaching the placenta and interrupting the blood supply of oxygen to the newborn. This is a key aspect of the anaesthesiologic procedure, which gives rise to the risk of intra- and post-operative, especially haemorrhagic, complications.

For this reason it was decided to perform the procedure at the San Pietro Hospital, which is an maternity hospital of excellence and a partner over many years with the Bambino Gesù in the field of obstetrics and foetal and perinatal medicine and surgery.

On 6 July, eight multi-specialist teams from the two hospitals participated in the surgery -- gynaecologists and obstetricians experts in maternal-foetal medicine, neonatologists, anaesthesiologists and intensive care specialists, otolaryngologists, heart surgeons and cardioanaesthesiologists, as well as highly specialised team of nurses. More than 30 professionals worked in the operating theatre, each one playing their part according to a precise protocol, repeatedly agreed upon and checked out during the days before the surgery.

The procedure, which began at the time when the foetus had been partially removed from the uterus, took about 25 minutes overall. Since the growth could not be removed from the oral cavity so quickly, and it was necessary to decide in the right surgical strategy, the baby was given a temporary tracheotomy, ensuring optimal ventilation. Once her general and cardiorespiratory condition had stabilised, the baby was transferred to the neonatal intensive care unit at the Bambino Gesù, where the diagnostic process will be completed and a personalised treatment programme will be designed.

The success of such a complex an intervention in both organisational and technical terms is determined by good coordination, and respect for the roles of all the various specialists in the team, as well as the closely-knit team spirit and great human and professional motivation driving all the Operational Units of our Hospital, coordinated by the Department of Medical and Surgical Neonatology and the St John of God San Pietro Hospital dedicated to perinatal care under the OPGB Birth Project. 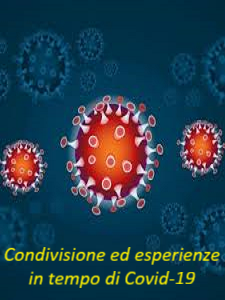