The saints help all the faithful to strive for the holiness and the perfection of their particular state of life. Their lives are concrete proof that it is possible to put the Gospel into practice, says Pope Francis in his recent Apostolic Letter Patris corde, recalling St Joseph. This is confirmed by the life and work of Blessed José Olallo Valdes (whose memory is celebrated on 12 February). Our Brother, following the example of Saint John of God and embracing his charism while still in his teenage years, achieved total fulfilment in his life by simply putting the Gospel into practice. His life, which began with rejection having been abandoned by his mother, became one of outreach and service to all in 19th century Cuba, a land run through with poverty, epidemics, persecution, struggles and civil wars. For many years, he was the only Hospitaller Brother on that Caribbean island, living and serving at Camangüey hospital. Everyone knew him as Father Olallo, confirming that through his care and his treatment of the sick and needy, defending their rights and those of his fellow citizens, he revealed a true father's heart that reached out, cared for, safeguarded, protected and gave encouragement to everyone, with humility, dedication and discretion, even for those who were considered enemies (rebels and revolutionaries). His bold creative and enterprising practice of charity bore witness to God's mercy and is a source of encouragement to practise the Charism of Hospitality, always drawing inspiration from the Gospel to respond effectively and tangibly to people's many human, spiritual and religious needs in todays world. 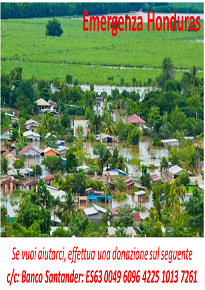