Solemnity of Our Lady, Patron of the Hospitaller Order

Circular Letter of the Prior General

My dear Brothers, Co-workers and Members of the Hospitaller Family of St John of God 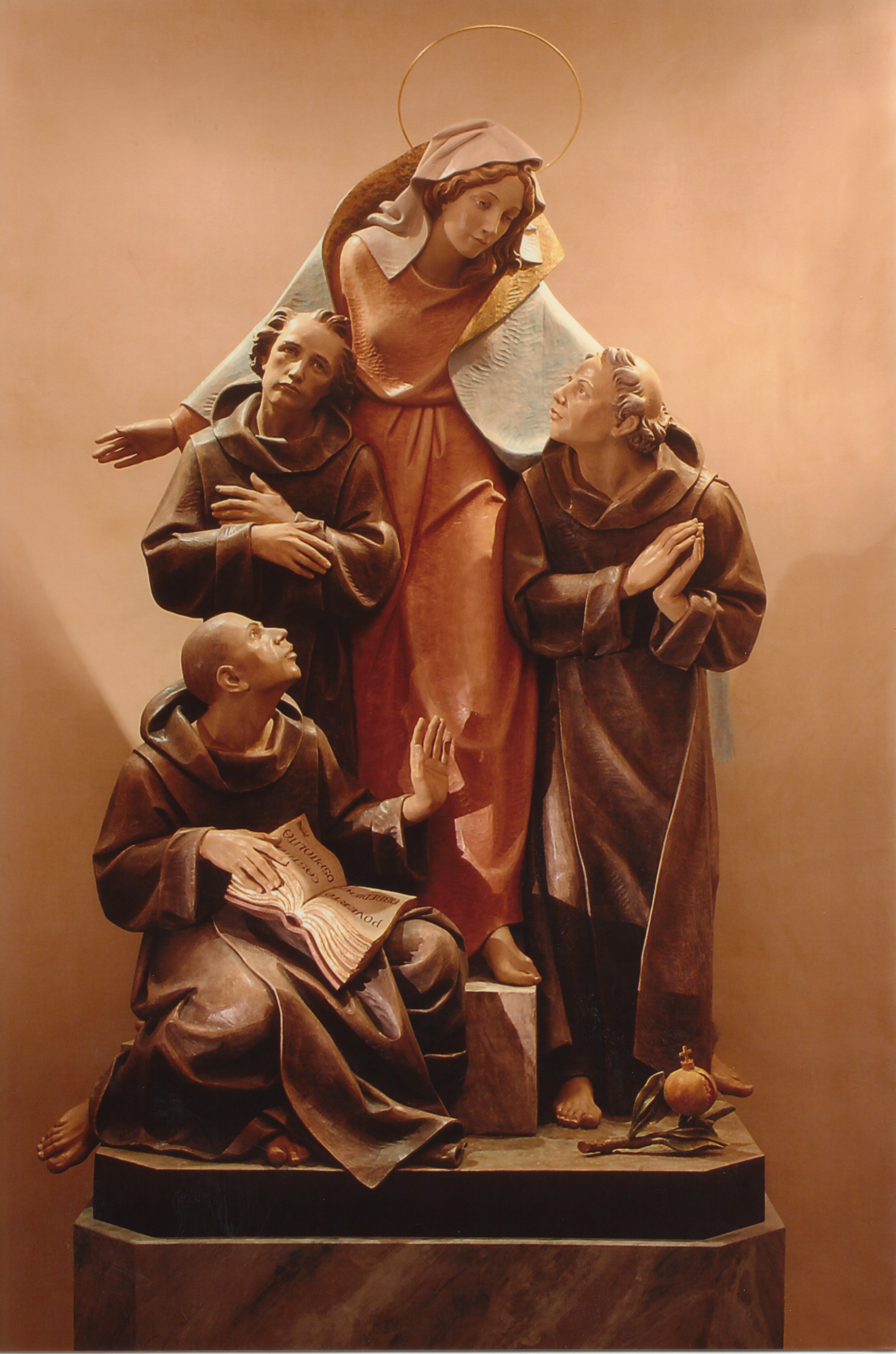 On 19 November, the third Saturday of the month, we shall be celebrating the Solemnity of the Patronage of the Virgin Mary of the Hospitaller Order, the Patron of our Hospitaller Family of St John of God, for which I send you my best wishes and invite you to celebrate it with joy.

St John of God placed his life, his plans and concerns, his difficulties, his poor and sick, in short, everything that happened to him and which he personally experienced, in the hands and the heart of the Virgin Mary, to whom he so often refers in his letters, as did his biographer, Francisco de Castro. She was his mother and protector, his guarantor. We remember two important moments in his life when he had a very special experience of Our Lady: during his visit to Guadalupe, and at the moment of death. He wanted to give thanks to Our Lady the Virgin for the help and mercy that she had given him in the past and to pray for her assistance in the new life that he was contemplating. He was always conscious of her presence and help in all his troubles and needs (Castro, X). Then, according to tradition, Mary's words to St John the Apostle on the saint's deathbed: "At this hour, John, my son, I never fail my devotees; and as I fulfil this promise, I pledge never to fail to help the poor who gather in your hospital, and to protect all your children who follow your way of life. (Rev. La Caridad, 59, 1945, p. 477)

This tradition, which began with our Founder, forms part of the most profound spirituality of our Order right up to the present day. There are so many stories, moments and experiences we could relate throughout our history of the presence of the Blessed Virgin Mary in the life of the Order, as Queen and Mother of hospitality.

Of course She must have been a constant presence in the initial moments of life of our Institute and of the first followers of St John of God, when they obtained from Pope St Pius V the Bull Licet ex debito on the first day of January 1572, the 450th anniversary of whose promulgation we are celebrating as a Jubilee year throughout the Order.

We know the historical facts which led to this Bull, but above all we have to acknowledge and celebrate the charismatic power and the testimony to Hospitality which the Brothers of that time gave. It was the gratitude of the people of Granada and many other witnesses to a life given over, body and soul, to the poor, the sick and they needy, like St John of God's, that led St Pius V to officially recognise the Fraternity of St John of God in the Church, thereby opening up the life of that group to the future, bringing a breath of fresh air of love, hospitality and charity into the Church, overcoming the difficulties which in the early days jeopardised the growth and the future of that new-born creature.

There can be no doubt that throughout this process, there was no lack of invocations and loving responses by Our Mother of Hospitality, accompanying, guiding and helping the Brothers at that time. So many times would the scene of the Upper Room be repeated, in which Mary prayed with the disciples of Jesus (cf. Acts A. 1,14). In this instance it was the Brothers who invoked the presence of our Mother, committing to her care all their worries and concerns, which she heard and presented to Our Lord, that culminated in the issue of the Bull we are celebrating this year throughout the Order. The example and testimony to Hospitality of those first Brothers is a call for us to practise Hospitality with the same charismatic force with which St John of God and all of these Brothers lived it.

Time passes quickly, and although there are more than two years to go before the end of the Sexennium, we are already beginning the preparations for the next General Chapter of the Order. This period has been very particularly marked, first by the pandemic, then by the war in Ukraine (and other wars that are going on but not being publicised), as well as by the crisis that has followed on the heels of the war. The General Chapter will be a very important moment in the life of the Order, which has many challenges to face. Little by little we will be announcing a number of details, and above all the preparations being made for it, in which I now urge you to take part in the ways which will be indicated.

I wish to commit such an important event into the hands of Our Mother of the Patronage, the Mother of Hospitality. In keeping with the Order's tradition, I pray that she will guide and accompany us in everything we do during the preparatory work and after Chapter. May she be our Intercessor, asking Our Lord to enlighten the entire Hospitaller Family, so that the next General Chapter may be able to respond to the needs and demands which the Holy Spirit is asking of us in our service to the sick, poor and needy in today's world. I urge you all, individually and as a community, to commit this intention and these concerns to Our Mother, as St John of God always did, and as our first Brothers did 450 years ago.

I wish you all, personally and on behalf of the General Curia, a happy celebration of the Solemnity of Our Mother of the Patronage, asking her to bless our beloved Order and all of you who make up the Hospitaller Family of St John of God.

With my fraternal best wishes,