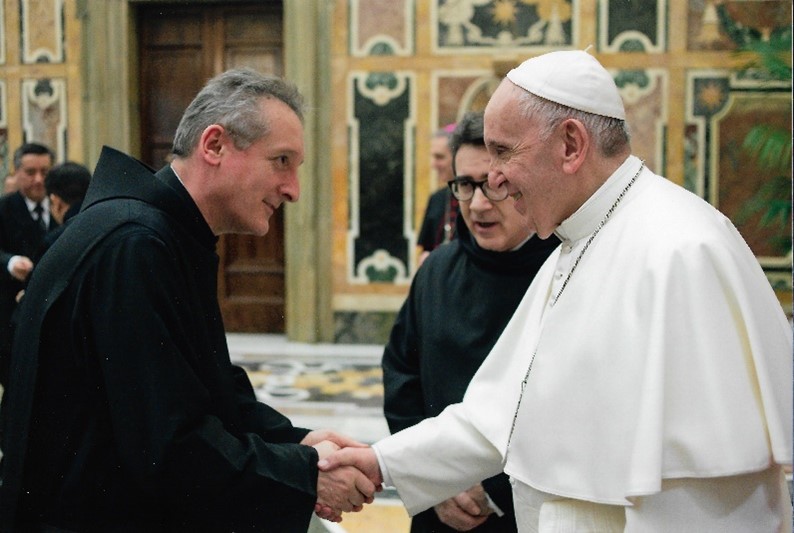 Born in Rovato (Brescia-Italy) on 18 March 1963, he made his temporary profession on 24 August 1986 and solemn profession on 4 September 1994. Ordained priest on 5 April 1997. That same year he graduated as a Bachelor of Theology from the Theology Faculty of Northern Italy, and in 2001 he was awarded the degree of Bachelor of Vocational Pedagogy from the Salesian Pontifical University. From 2000 to 2006 he worked as formator at the Italian Interprovincial Novitiate. From 2006 to 2019 he served as the Local Superior of several Hospitals of the Order. He was appointed Postulator General of the Order on 18 March 2019 for the Sexennium 2019-2025. In 2019 he attended the Diploma course organised by the Congregation for the Causes of Saints, and received his Diploma and official recognition by the Congregation.


The Postulator General is appointed by the Superior General and approved by the Congregation for the Causes of Saints. He "is in charge of all that pertains to our Saints, Blesseds and Servants of God and, as such, he shall promote and carry out the requirements of the canonisation processes proposed by the General Definitory, in accordance with the status of these Causes and the prescriptions of canon law and the Congregation for the Causes of Saints". (S.G. 131)

The Postulator is trained in a canonically legitimate form and is duly approved by the competent ecclesiastical authority, as the person who is vested with power to represent the person who promotes the cause of canonisation (Diocesan Bishop, Superior General, group of faithful, ...) with the Church authorities, whether diocesan or in Rome. He therefore has a dual role in the Causes of Saints: to 'defend' the interests of the person who has appointed him, and to collaborate with the Church authorities in the search for the truth (conducting out investigations into the life of the Servant of GOD in question, to ascertain their reputation for holiness and the ecclesiastical importance of the cause), both during the diocesan phase and before the Congregation for the Causes of Saints.

The Postulator General promotes the causes of canonisation, handling relations with the Vatican Congregation for the Causes of Saints, accompanying individual causes, collecting documents, testimonies, and reports of graces and miracles.

This also includes promoting devotion to the "Saints of the Hospitaller Family" through prayers, celebrations, preparing and presenting relics, distributing biographies, prints and other devotional objects, in order to make them better known, encourage the faithful to imitate them and, through their writings and teachings, link them to current events, facts and problems in order to contribute to the formation and dissemination of the culture of Hospitality.

Co-workers of the Postulator General

In order to perform his office more effectively, the Postulator General makes use of a number of Co-workers with expertise in specific fields, who assist him in the tasks entrusted to him.

His present Co-workers are:

Collaborating with the General Postulation

Anyone wishing to collaborate with the General Postulation may submit detailed and clear information about any presumed miracles that have occurred as a result of the intercession of our Servants of God, Blesseds or Saints.

Another form of cooperation is publicising the life and works of the Servants of God or indicating other significant Brothers and Co-workers that have contributed through their faithful and coherent life to the advancement of the Gospel by announcing and bearing witness to the Kingdom of God among the poor and the sick, and also by disseminating books and biographies, videos, magazines, brochures, pictures, organising study days, and similar. 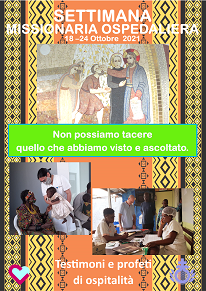