New Vocations for the New Province

The Saint John of God Province of Latin America and the Caribbean is continuing to improve every area of management of our Centres as well as the programmes designed to accompany the life of the Brothers. The Vocations Promotion Department has been implementing the Provincial Plan to boost dissemination and accompany the discernment process.

On 4 to 6 June, a vocations social get-together was held in Guadalajara at the Convent of the Sisters Handmaids of Christ the King, attended by four candidates who were already working through the stages of the discernment process. This joint event formed part of the First Phase (Personal and Psychological History) which is designed to help the candidates to identify their qualities and their weaknesses, as well as God's working in the history of each one. It was led by the coordinator of Vocations Promotion in the Andean zone, Mr Alexander Estrada, Brother Gudiel Sánchez, the Provincial Councillor for the Life of the Brothers, and the General Councillor for America, Brother Dairon Meneses.

The candidates at the event had just experienced a virtual 'Charism Expo' following the Unification of the American Provinces, which had been attended by more than 50 candidates. Following that event, a group of 11 candidates have been accompanied.

We are very hopeful that by pooling all our efforts, vocations will again arise in places where they have not emerged for a long time, or increase where they have been in decline. 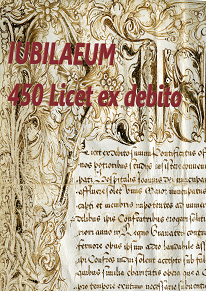